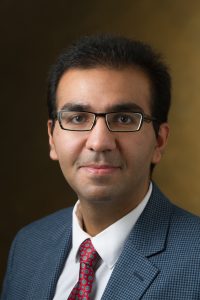 Dr. Siavash Zamiran is an engineering consultant working for civil engineering and oil and gas industries for the last fifteen years. He is also an adjunct professor at Missouri University of Science and Technology (Missouri S&T). He got his B.S. and M.S. in Civil/Geotechnical Engineering from Iran and his Ph.D. in Engineering Science – Geotechnical from Southern Illinois University in 2017.

He has been an active member of professional, academic, and cultural communities. Professionally, he has taken different organizational roles in the American Society of Civil Engineers (ASCE) including being Chair of ASCE St. Louis Sustainability Committee. During his Ph.D. study, he was the founder and a former president of the Southern Illinois University Geo-Institute Student Organization. Being involved in cultural activities, he has been president of the Iranian Student Society at Southern Illinois University and a president and chapter founder of CreativeMornings St. Louis.

During his academic and professional career, he has received the ASCE National Young Engineer Award, ASCE St. Louis Young Engineer Award, International Association of Foundation Drilling Award, and GeoConfluence Research Award. He has published three books, two in Persian and one in English. He was a writer and journalist for Chelcheragh Magazine in Iran and collaborated with other newspapers as an author.