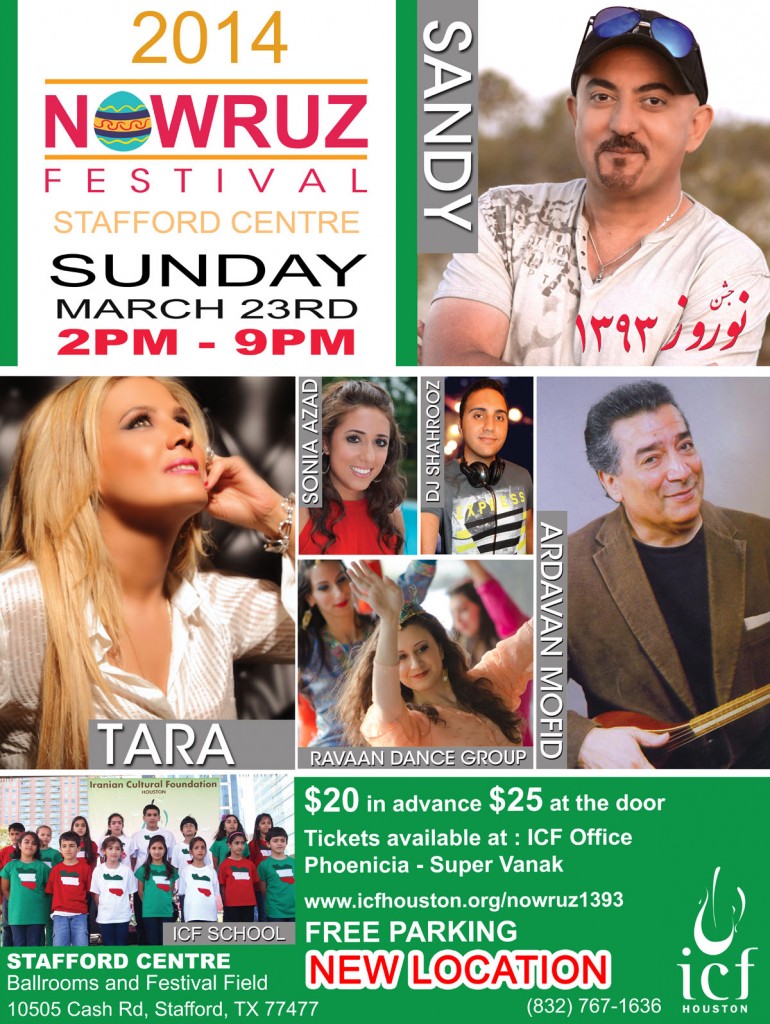 Nowruz is the first day of the Iranian calendar which is solar and, therefore, begins on the first day of Spring. The meaning of the word itself is “new day” and refers to the renewal brought about by spring as we put winter behind us. Although this day is principally celebrated in Iran, it is also observed in many other parts of the world, including certain areas of the Balkans, Northwestern China, Central Asia, South Asia, Afghanistan, Tajikistan, Turkmenistan, Turkey and parts of Iraq. It is the biggest celebration of the year for the Iranians and all those who observe Nowruz. Simply put, it is Thanksgiving, Christmas and New Year rolled into one!

Although this event has been celebrated by Iranians of Houston for many years, ICF-Houston has been organizing the “Nowruz Festival” for the past six years at a scale unlike any other celebration held by the Iranian-American community in Houston. ICF hosted this event at Discovery Green from 2008-2013 and each year no less than 3,000 attended the festival to take part in all it has to offer (musical performances, dances, food, games, etc).