Click below for info about tickets and more details:

Also there is students Matinee at 10am (fee admission; call in advance for reservation): 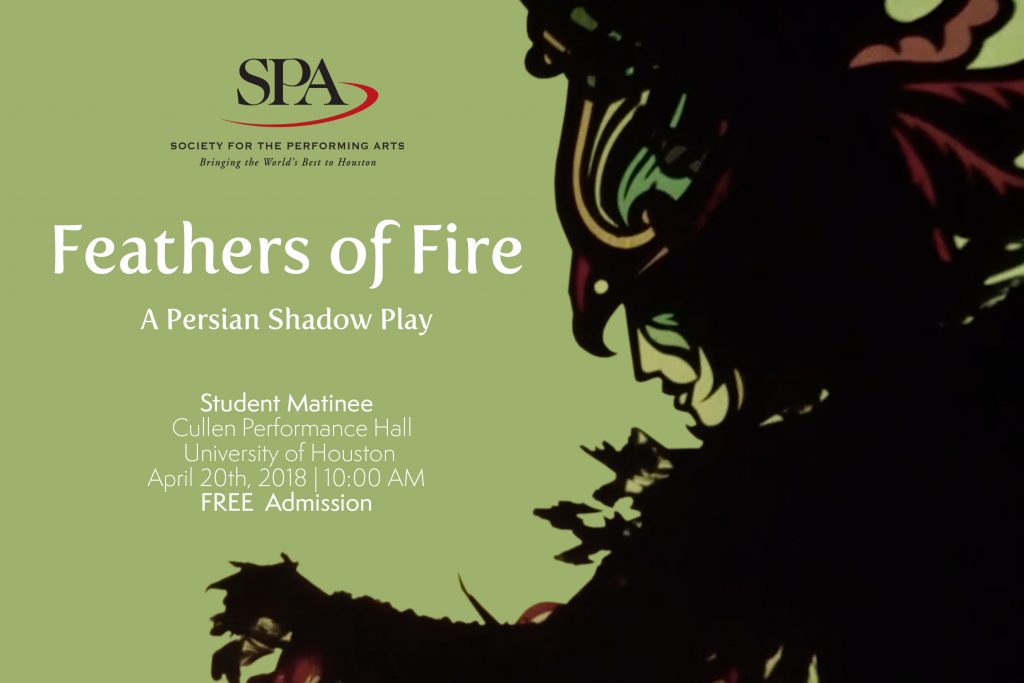 Feathers of Fire: A Persian Epic is a visually breathtaking cinematic shadow play for all ages, created by Hamid Rahmanian, a 2014 Guggenheim fellowship-winning filmmaker/visual artist. The play unfolds an action-packed magical tale of star-crossed lovers from the 10th-century Persian epic Shahnameh (‘The Book of Kings’), – Zaul and Rudabeh, who triumph at the end against all odds. Rahmanian’s graphics, derived from the visual tradition of the region, will be rendered as puppets, costumes, masks, scenography and digital animation, all of which will come to life in a “live animation” shadow casting technique perfected by shadow master Larry Reed on a cinema-size screen. The play also features an original score by the acclaimed musical team, Loga Ramin Torkian and Azam Ali. Feathers of Fire had its world premiere at the Brooklyn Academy of Music in 2016.